The Case Against Antibiotics in Soap: Part 2

Last time, we went through two reasons why antibiotics may not be necessary in hand soaps. First, there has not been very much study about how safe these antibiotics are, especially Triclosan. Because we don’t know for sure, the FDA wants antibiotic manufacturers to be certain that their soaps are safe. But the second argument went into reasons why the antibiotics may not be needed at all. Research from Columbia and the University of Michigan reviewed papers back to the 1960s and found that the best way to reduce the risk of infection is to wash your hands, but what kind of soap is used is much less important than the duration1. So the antibiotics may be unsafe, particularly to the environment, and they may not be necessary. Today, the final part of the argument will show how antibiotics in consumer hand soaps may, paradoxically, be detrimental to health.

In the movie The Princess Bride, the character Westly gets into a battle of wits with an antagonist, Vizzini. The characters have cups in front of them, one of which they believe contains “iocaine” poison, and they must decide which cup to drink from. In reality, both contain poison, but when they drink, only Vizzini dies. Westly’s cunning plan was to inoculate himself for years with iocaine; He took a little poison every day until he built up a resistance to it. While this isn’t how bacteria do it, it’s an OK analogy. Antibiotics are like bacteria poison. Exposing bacteria to the antibiotic, but not having it there long enough to kill the bacteria, will result in the bacteria becoming resistant to the antibiotic. 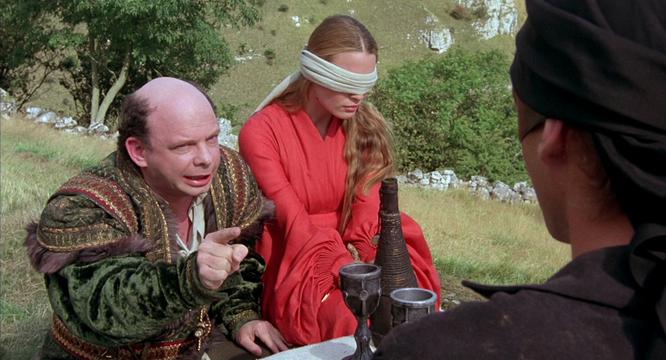 Even though we all know to never go in against a Sicilian when death is on the line.

Most people wash their hands by putting soap on their hands, lathering it up, then rinsing it off. Remember, most of the good and bad would get washed away, which is fine. The idea with the antibiotics is that the rest will get killed, leaving your hands pretty much “clean,” meaning sterile in this case. However, if you don’t leave the soap on long enough, then it’s more like inoculating the remaining bacteria for that antibiotic. It is thought that this is similar to how drug-resistant bacteria like MRSA (Methicillin-Resistant Staphylococcus aureus) first arose, and they spread because this antibiotic resistance makes them able to survive in a hostile environment (such as a hospital) better than other bacteria. Also, if you have some antibiotic-resistant bad bacteria on your hands, and the soap ends up killing and washing away the good bacteria on your hands, suddenly the bad bacteria could potentially grow rapidly, like in the last argument. This argument has a lot of current research behind it: For example, a recent paper by researchers from Loyola ties the development of antibiotic resistant bacteria in rivers to the presence of Triclosan in those rivers2. They tested rivers in and around Chicago to be thorough. A few years before this, another researcher from UM also looked into the association of using antibacterial hand soaps and the development of superbugs. In a laboratory, they could get bacteria to exhibit some resistance to Triclosan by exposing them to the antibiotic3. While there is no direct evidence at this time for the idea that antibiotic hand soaps cause superbugs, the threat is another major reason why the FDA doesn’t want antibiotics in soap unless there’s a good reason for it.

Antibiotics in hand soap might be harmful and may make soap work worse. Therefore, the FDA has mandated that soap manufacturers provide a good reason for including them. Once it’s been explained, this mandate makes sense, but it’s very easy to be confused by the idea that these antibiotics have been touted as amazing disease cures for so long. It turns out, we just don’t understand bacteria well enough yet.

3. Aiello, Allison E., et al. “Relationship between triclosan and susceptibilities of bacteria isolated from hands in the community.” Antimicrobial agents and chemotherapy 48.8 (2004): 2973-2979. ↩