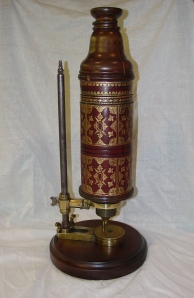 Robert Hooke’s microscope is fancier than anything I own, period. (Photo credit: Wikimedia commons)

“I could exceedingly plainly perceive it to be all perforated and porous, much like a Honey-comb, but that the pores of it were not regular. . . . these pores, or cells, . . . were indeed the first microscopical pores I ever saw, and perhaps, that were ever seen, for I had not met with any Writer or Person, that had made any mention of them before this. . .”1 With these words, 17th century scientist and professional British person Robert Hooke realized there is literally more to life than we can see with our eyes. This selection (from his bestseller Micrographia) describes the first time anyone had ever seen cells, the smallest unit of life. But he just saw these cells in a slice of cork. Soon, Antonie van Leeuwenhoek, in the Netherlands, used a brand-new microscope to become the first person to see true single-celled life, what we today call bacteria and protozoa.2 In doing so, these two men discovered what is, in some way, the basis for all of biology: the cell.

Every living thing is made of cells. Everyone you talk to, all the grass you walk on, everything you eat, and even what you sneeze out contains cells, and all of those cells are or once were alive; those little sacks of organic goo make up a lot of what we interact with every day. The idea that everything that is alive is made up of smaller things that are also alive was one of the first really strange ideas that pushed me towards being a biologist. The majority of biologists work with cells, from the doctors prescribing your medications to researchers searching for new life under the Antarctic ice3; all biology requires an understanding of cells to be meaningful. Because biology and the nature of the cell are so entwined, biologists tend to think that most of what they know about cells is “obvious,” when in reality it is anything but.

It’s All Greek To Me

The nucleus is a lipid bubble that exists within the eukaryotic cell. This bubble inside the cell is what the Greek root -karyo (“nut”) is referring to in the name “eukaryote.” Prokaryote is a related word, from the Greek pro- (“before”) and -karyo. So the prokaryote does not have this “nut,” or nucleus, while eukaryotes do. The nucleus is the most important structure for this distinction. The nucleus’s major role in the cell is containing the DNA, along with all of the proteins necessary for maintaining the DNA’s integrity and for “transcription,” which will be discussed later on in the article.6

Cells are the most basic unit of life, and there are a 2 different kinds of cell. Bacteria are a cell called a “prokaryote.” Bacteria are, more or less, a bubble of fat (“lipids”) filled with organic molecules like proteins, carbohydrates, and other words that appear on the side of a cereal box. Everything else, from the tiny yeast and amoebas all the way up to whales and people, is a “eukaryote.” The eukaryotic cells are still lipid bubbles, but these are cells that also have a nucleus to protect their DNA, plus other lipid bubbles inside the cell, which are called “membrane-bound” structures, or “organelles”. There are living things out there (like bacteria and yeast) that are only made up of 1 cell. However, the organisms you see every day (like plants, pets, and even other people) are made up of many cells. Not just a few cells, either – current estimates put it at around 40 trillion cells in the average person.4 To give you some sense of scale, if all of the cells in your body were replaced by pennies, you would be dead. Also, a stack of those pennies could reach from the Earth to the Moon almost 159 times!5 In animals, all of these cells form different organs, allowing them to work together in a single multicellular unit. But how do these cells specialize into different organs? The answer is in the nucleus, which contains a molecule called “DNA.”

It’s All Greek To Me

DNA: Short for DeoxyriboNucleic Acid. DNA is what holds genetic information, meaning that it is what contains all of the instructions for the cell to perform all of the tasks it needs to do.
RNA: Short for RiboNucleic Acid. This molecule is related to DNA, in that both are “nucleic acids.” RNA is often used as a messenger molecule, relaying information between the DNA in the nucleus to the rest of the cell.
Protein: Proteins are very large molecules that interact with other things in the cell. Different genes result in different proteins being made for different tasks in the cell.
Ribosome: The ribosome is a very large complex of proteins and special ribosomal RNA molecules that reads an RNA message from the nucleus and turns it into a protein, which can then carry out various tasks around the cell.7

DNA lives in the nucleus of eukaryotic cells and holds all of the instructions the cell needs to live. These instructions are etched indelibly on DNA in the form of “genes.” When someone talks about a gene, they are talking about a set of instructions contained in the cell. Genes are mentioned in the news as important, and for good reason: those instructions control almost everything that happens in the cell. By turning on (“expressing”) different genes, a cell can specialize its functions or perform tasks necessary to survive. Genes can help the cell take up nutrients, or build structures like bones. For the most part, these genes have to have their instructions affect other parts of the cell. To do this, the gene is copied (“transcribed”) onto a related messenger molecule called RNA (ribonucleic acid). Each gene can be copied onto multiple RNA molecules, meaning the cell can make lots of gene copies if needed. This RNA then leaves the nucleus, where an interpreter called a “ribosome” clamps down on the RNA. The ribosome makes a protein based on the instructions encoded on the RNA molecule in a process called “translation.” These proteins are what finally carry out instructions in the DNA.

You can think of DNA as a cookbook, and the cell as a busy kitchen. Let’s say the kitchen wants to make pancakes. The cookbook (DNA) has a recipe (a gene) for making pancakes. After looking at the cookbook, the head chef writes down the recipe on individual slips of paper – this is like transcribing the gene into RNA, the paper. Depending on how many pancakes need to be made, he may write out the recipe on just a few papers, or many. These papers go out to the sous-chefs, or the ribosomes, who have to interpret the instructions to make pancakes. Egg, some flour, a few other things, and voila! Pancakes! In other words, the recipe (gene) was transcribed onto paper (RNA), which was translated by the sous-chefs (ribosomes) from instructions on paper into a delicious and fluffy flapjack (protein). Once that happens, the slip is recycled and the sous-chef waits for their next recipe.

If you need to get some pancakes now, we understand. Your cells probably need more food energy to keep the gene machine transcribing and translating. Just be sure to thank the wheat’s cells in the flour and the egg (which is really a giant cell) for being so delicious in pancake form! 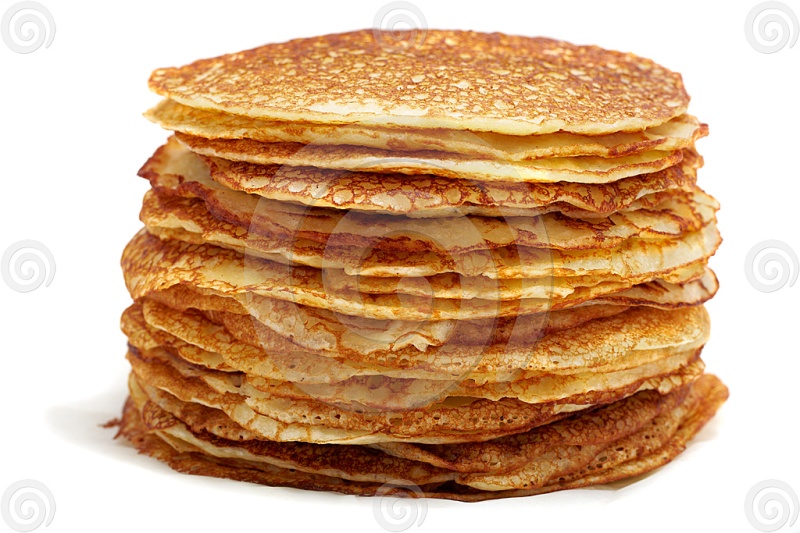