Physics is full of outlandish scenarios where our basic intuitions break down. Quantum mechanics, relativity, nanoparticles…so many phenomena seem counter-intuitive, or even impossible, that it’s almost not surprising when we hear of another in some remote domain. But sometimes, physics surprises can be found right in our hands.

My favorite counter-intuitive motion can be demonstrated with an object that you likely have near you right now: a smartphone. To see it, hold your phone with the screen facing towards you and give it a light toss into the air, spinning it so the screen stays facing towards you. Make sure that if you drop it, it falls in your lap or somewhere soft.* Watch how the phone rotates in the air.

Next, turn the phone so that the bottom edge faces you, and watch its rotation when you spin it in the air. Finally, turn your phone so that the right side of your phone is facing towards you and spin it again. For this last one, try to get a few good rotations out of it with the left side always facing you.

Spin your phone in the air around these three axes. Can you get a few full turns in without allowing the side that faces you to change?

The last one should be easy, right? The first two were. When you flip it about the front or bottom, it spins nicely, and the same side stays facing you. But when flipped in the final direction, it tumbles around, and the left side does not stay facing you for long. This effect is not isolated to smartphones,** and it’s particularly noticeable in space:

* Disclaimer: the author can not be held liable for any damages, physical or emotional, that may result from this attempt.

** This effect is just as apparent for many rectangular objects; it could be a brick, if you’re brave enough.

This isn’t a result of an unbalanced phone, nor of air friction, nor of gravity, nor of dark magic. Rather, it’s a result of the physics of rotations, from what is called the Intermediate Axis Theorem. It’s also called the Tennis Racket Theorem, since it is very noticeable in the flight of tossed tennis rackets, which are slightly less anxiety-provoking to throw than smartphones. The theorem results in some unintuitive three-dimensional motions of spinning objects. To understand the effect, we have to understand two basic concepts in physics: unstable equilibrium and moment of inertia.

An equilibrium is a point where an object is balanced, and won’t move unless disturbed. An equilibrium can be stable, which means that if a small push is given to the object, it will return to or stay near the point. Alternatively, an equilibrium can be unstable, which means that with the smallest push, the object will move farther away from the point. A ball in the bottom of a half-pipe is at a stable equilibrium; with a small push, the ball will roll in back into the same position it started in. Place the ball on top of a dome and the ball will balance precariously, but if disturbed, will roll down the slope and won’t return – an unstable equilibrium.

The properties of an object affect whether it is in a stable or unstable equilibrium; if the bottom of the ball were curved to match the dome, it would not roll off. For an airborne phone, the property that determines stability is the “moment of inertia.” 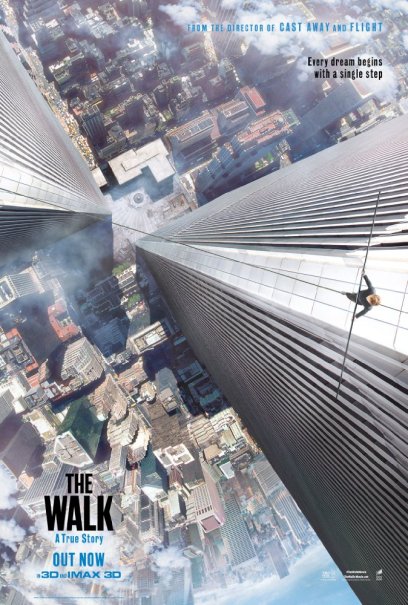 As every tightrope walker worth their balance-pole knows, “every dream begins with manipulating your moment of inertia.” 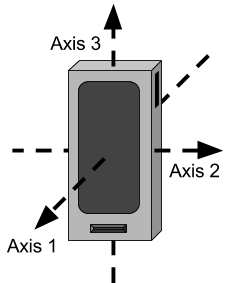 These are the axes for the three moments of inertia, numbered from largest (1), intermediate (2) and smallest (3).

Because the three moments of inertia of a smart phone are different sizes, its motion depends on which axis it spins around. As it turns out, the way it spins around the intermediate axis is unexpected.

Why does the phone tumble?

Theoretically, the phone could continue to spin around its intermediate axis if flipped perfectly. But in reality, the phone will eventually tumble due to even the tiniest disturbance. It is possible to get a few rotations about the axis before the tumble, but it will inevitably happen; this is the nature of unstable equilibria.†

3D rotations can be hard to understand intuitively. Based on the understanding that things normally continue to spin in the same direction, you might expect the phone’s rotation to remain constant – but as we have seen, this is definitely not the case. To understand precisely why, we have to dig deeper into the math behind the physics.

†Objects with certain types of symmetry, like a pole, sphere, or cube, don’t have three distinct moments of inertia. The intermediate axis theorem doesn’t apply to them, and they spin stably about all three axes.

A little math to solve the mystery

Newton’s famous equation “F = m a” says that the total force applied to an object is equal to its mass multiplied by its linear acceleration. There are rotational equivalents, called Euler’s rotation equations,** which describe how an object rotates. For freely spinning object, they are:

In these equations, I1, I2, and I3 are the largest, intermediate, and smallest principal moments of inertia, and ω1, ω2, and ω3 are rates of rotation about those axes. A dot over a value indicates a rate of change in time. Note that in the first and third equations, the moments of inertia are ordered “bigger – smaller” which results in a positive term. But in the second equation, they are ordered “smaller – bigger,” which results in a negative term, and so rotations around the middle axis respond differently to disturbances.

A disturbance away from a perfect spin around the first or third axis results in an oscillating sine wave. This means that the rotation perturbation will stay small, and the rotation will remain stable.

When an object is spinning around the intermediate axis, on the other hand, a small disturbance results in an exponential function. This indicates that any perturbation will grow exponentially, and the rotation is unstable. Even the smallest disturbance to this rotation will cause the object to flip around.

It seems that no one really noticed this effect until a Soviet astronaut observed some bolts floating strangely inside his spaceship. This may be because before high speed cameras, computers with graphical displays, and low-gravity environments, any tossed object fell too fast to make a rigorous quantification.

There is not, unfortunately, a satisfying intuitive explanation for the intermediate axis theorem. But it does show how math and physics can provide some predictability to an otherwise crazy world. In the same way that we wouldn’t understand quantum mechanics via intuition alone, our intuitions for physics can lead us astray even on larger scales. While that can seem distressing, that’s what science is all about: challenging our intuitions about the physical world and telling us how the universe actually works.

2 thoughts on “The Mysterious Phone Tumble”